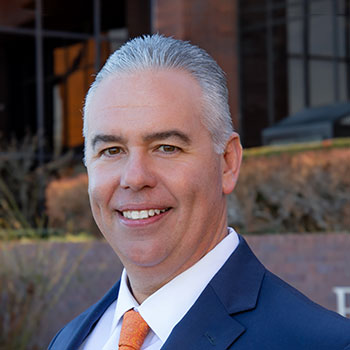 Funding Options for your Business

Sean Kouplen is Oklahoma’s immediate Past Secretary of Commerce & Workforce Development and the Chairman & CEO of Regent Bank.

In his volunteer role as Secretary of Commerce and Workforce Development, Kouplen oversaw 36 state agencies who lead the economic development, community development and workforce development efforts for the state of Oklahoma. Under his leadership, the state has attracted over 100 new businesses since 2019. Governor Stitt also tasked Secretary Kouplen with leading our business and economic recovery from the COVID-19 crisis, and he created the Oklahoma Business Relief Program that helped almost 9,000 Oklahoma businesses.

In 2008, Kouplen led an investor group that purchased 110-year old Regent Bank in Nowata, OK. Since that time, the bank has expanded to Tulsa, OKC, Springfield, MO, Bartlesville, Edmond and coming soon to Broken Arrow.  The bank has grown from $72 million to $1 billion in assets- making it one of America’s fastest-growing banks. Regent Bank has won many awards including Inc Magazine’s Best Places to Work and the ICBA Central United States Community Bank of the Year.

Kouplen holds numerous local and statewide leadership positions, including Past Chairman of the OSU National Alumni Association, OSU-Tulsa Board of Trustees and Hospitality House Board of Directors. He is currently a board member for the Oklahoma Business Roundtable, Oklahoma Manufacturing Alliance, Gatesway Foundation, Tulsa Community College Foundation and an Elder of Southpoint Church in Bixby.  He is a member of the OK Bankers Association and Young President’s Organizations, and he is the founding partner of the Ascend Executive Leadership Institute.

Kouplen’s awards include Journal Record’s Most Admired CEO Award, his fraternity’s top national alumni award, Citizen of the Year in Bixby, OK and, most recently, a black belt in Taekwondo. Kouplen has written three best-selling books, hosts a nationwide podcast called Purpose-Driven CEO, and leads a daily call-in devotional for over 100,000 people throughout the country every morning at 8:17am…and you are invited!